Death to the real!

A workshop on documentary practice and radical thought

Amsterdam University of the Arts, Netherlands Film Academy, Master in Artistic Research In and Through Cinema, 7-9 November 2022

A workshop by Pablo Martínez-Zárate

The case against reality

Do not trust images

Defying the structure of the shot – countershot 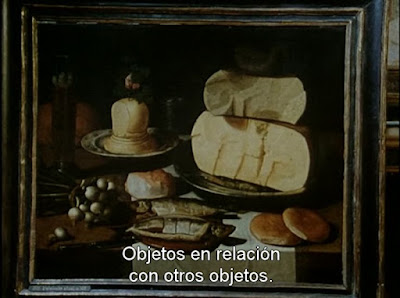 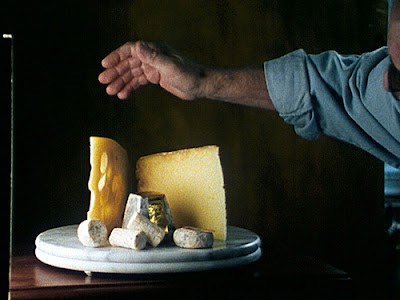 Imagine alternative correspondences to weave the imaginary fields of our research

“The visual image in what Deleuze would call the ‘modern’ cinema is not, as it is in Eisenstein, a ‘read’ image, which music orients in a specific, irreversible direction. Nor is it the image that was prevalent in th eearly sound cinema, where speech was seen as a function of the image. Rather, it is an image which incorporates a new readability of things, such that the act of speaking has become an autonomous, acoustic image. The ‘archeological’ image is, at the same time, read and seen, insofar as it breaks the sequencing of classical narration, which purports to produce itself by itself. Reading becomes a function of the eye, a ‘perception of perception’, which is perceived only through its antipode: imagination, memory, and knowledge. This reading, re-linking, and image reversal are what Deleuze calls ‘a new analytic of the image’” Christa Blumlinger

The real world: so real that the Real becomes the one basic referent–pure, concrete, fixed, voisible, all-too-visible. The result is the elaboration of a whole aesthetic of objectivity and the development of comprehensive technologies of truth capable of promoting what is fight and what is wrong in the world, and by extension, what is “honest” and what is “manipulative” in documentary. This involves an extensive and relentless pursuit of naturalism across all the elements of cinematic technology.

The real world: so real that the Real becomes the one basic referent–pure, concrete, fixed, voisible, all-too-visible. The result is the elaboration of a whole aesthetic of objectivity and the development of comprehensive technologies of truth capable of promoting what is fight and what is wrong in the world, and by extension, what is “honest” and what is “manipulative” in documentary.

“Meaning can neither be imposed nor defined. Although every film is in itself a form of ordering and closing, each closure can defy its only closure, opening onto other closures, thereby emphasizing the interval between apertures and creating a space in which meaning fascinated by what escapes and exceedes it” TMH

“Yet such illusion (the quest for meaning) is real; it has its own reality, one in which the subject of knowledge, the subject of Vision, or the subject of meaning continues to deploy established power relations, assuming Himself to be the basic reserve of reference in the totalistic quest for the referent, the true referent that lies out there in nature, in the dark, waiting patiently to be unveiled and disciplined correctly: to be redefined. Perhaps then, an imagination that goes toward the texture of reality is one capable of playing upon the illusion in question and the power it exerts” TMH

“The documentary mode is a transnational language of practice. Its standard narratives are recognized all over the world and its forms are almost independent of national or cultural difference. Precisely because they operate so closely on material reality, they are intelligible wherever this reality is relevant (..) A transnational documentary jargon is now connecting people within global media networks. The standardized language of newsreels, with its economy of attention based on fear, the racing time of flexible production and hysteria, is as fluid and affective, as immediate and immersive as Vertov could have imagined. It creates global public spheres whose participants are linked almost in a physical sense by mutual excitement and anxiety. Thus the documentary form is now more potent than ever; it conjures up the most spectacular aspects of the language of things and amplifies their power” (Steyerl, 2008)

I cannot fix my subject. It is always restless, and reels with a natural intoxication 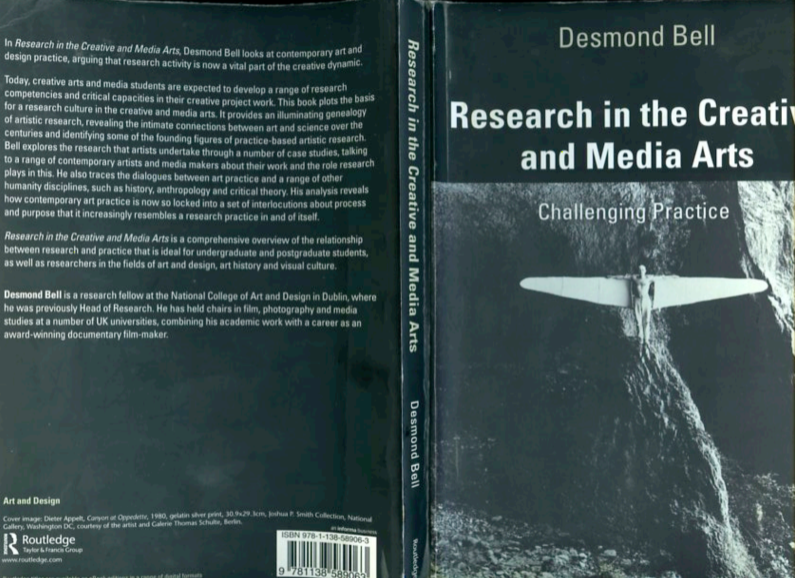 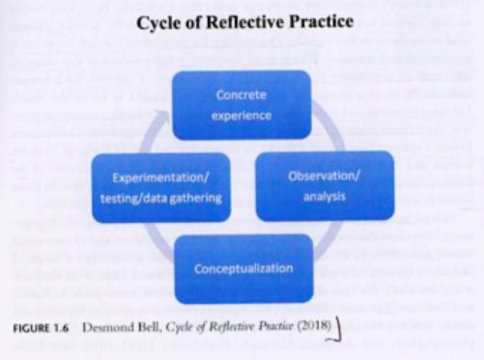 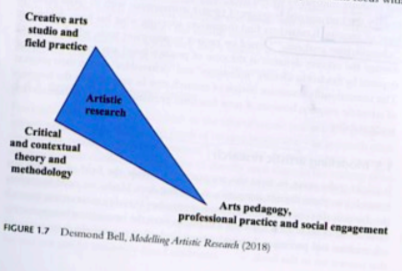 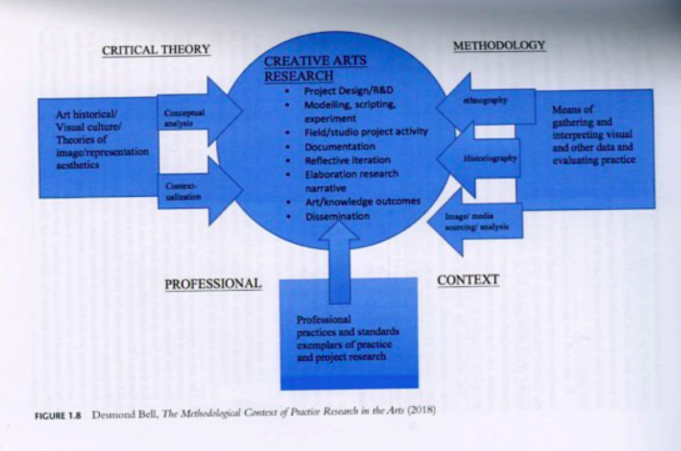 Montage as an intervention of reality

Omission, the obscure, the cut, the confrontation of two improbabilities that together result in a fragment of live, the negative to immobilize what’s vital with the resources of direct denomination, the total advantage of indirect description: all that belongs to the formal world of montage, be it in cinema, music of literature

In art there are two types of characters: the beast tamer and the gardener. I know that in circus tamers have more chances of succeeding; nevertheless, in my films and book, I behave like an passionate gardener. The context of a garden: that is montage. The way I conceive it, one does not turn to montage for mere thirst of prune, but because one knows that something can grow on its own

For a good gardener, context is a network, a rhyzome; the roots of a tree transform the tree top, and in autumn the top is not that it is in spring

I like to refer to montage as a dynamics of intensities and extensions; as a mapping of time and space in vertical, horizontal (diagonal) directions. Montage is, in a way, a dispositif of world building — a machine for creating realities.

The artist relationship to his surrounding reality, his view of the world, is not merely expressed in the entire process of shooting, but in the montage as well, in the capacity to see and to present the world around him (…) Artist with differing world-views each perceive the reality surrounding them differently; they see events differently, show them, imagine them, and join them one to another differently. Thus, film montage, as the entire work of filmmaking, is inexctricably linked to the artist’s world-view and his ideological purpose

History as primary force in filmmaking

Montage of attractions — creating shocks – an aggressive moment – “an element that generates in the audience an emotional or psychological influence, verified by experience and mathematically calculated to produce specific emotional shocks in the spectators in the correct order with the whole. These shocks provide the only opportunity to perceive the ideological aspect of what is shown, the final ideological conclusion” SE

…As in Grosz’s sketches or Rodchenko’s photographs…

Film, as theater, “makes sense only as a form of pressure” SE

From this point of view a film cannot be a simple presentation or demostration of events: rather it must be a tendentious selection of, and comparison between, events, free from narrowly plot-related plans and moulding the audience in accordance with its purpose

Creating associations, supperposing in the mind of the audience

“Kinoks understand montage as the organization of the visible world”

Distance montage – not about uniting, but separating

If the function of the camera can be spoken of as the seeing, registering eye, then the function of cutting can be said to be that of the thinking, understanding mind. By this I am saying that the meaning, the emotional value of individual impressions, the connection between individually observed facts, is, in the making of the film, the creative responsibility of cutting

In cutting, then, dureation serves not only to show or identify something, but it is also a statement of value, of importance. In determining the length of duration, the relative importance of each shot must be carefully weighed (…) Timing, in the sense of duration, can actually become an even more active element when it creates tension. Here, it is a matter of the relationship between the duration of the object or action with in the shot and the duration of the shot itself.

Since the people are all different, and since it is not a cumulative action — in the sense of adding up to any narrative story — the only thing which crosses the splice and makes one shot seem to come from the previous one is the movement which is never brought to a stop but is always continued by the following shot. If cutting into movement can be the principle of tension and continuity for one hundred and fifty feet of film which does not have a story direction, then surely it can do wonders for the solution of simpler sequences in which interest is also maintained by character action, story plot and known characters

Montage as a political act

“All cinema, being a vehicle of ideas and cultural models, and an instrument of communication and social projection, is in the first place an ideological event and, consequently, a political one” O. Getino y F. Solanas

“We need to consider the reality we are working with (…) In a turbulent reality such as ours, such as the one experienced in the Third World, artists need to perform violence on themselves, be taken constantly towards a creative tension with their profession” S.A.

THE ARCHIVE AS A CRITICAL EVENT

The archive as an event

Derrida: the archive as tension between order and disorder.

Systems of relationships that configure the archive, its possibilites and impossibilities

Tension between preservation and erasure

Memory between Ministry and Mistery

Potential history and site of events

Incompatibility with the past

Archive and the horizons of the world

— our production is in itself an Archive…

Types of documents and operative dimensions:

– Documentary horizon (our own or alien) – localization – rules of access and use / possibilities of appropriation, intervention and dissemination (including rights and materialities)

– According to the medium : materialities, temporalities (technical and discoursive level)

THE CAMERA-BODY AND THE BODY-CAMERA